The deadline of final paper for art history class is coming fast. It has to be about an artist we talked about in class and one of his/her works that we didn't talk about. I picked Wassily Kandinsky. His paintings often have the prettiest colors, mainstream yet spiritual (that's what he tried to emphasize and achieve for life), and frequently induce synesthesia of sounds in me. They're like candies to my soul. Can I say I'm becoming a fan of this Russian artist? X))))))))
Posted by Rita C at 1:49 AM 1 comment:

My Art History Professor ... The Warden?

I just realized that my art history professor reminds me of the Warden of Superjail a lot. The same slender, soft build, similar way of speaking, similar voice (though even softer), and the same gestures, wow! Not to mention he's often in suits or something formal-looking. When he strides across the platform elegantly yet flamboyantly, his waist and legs curve when he turns, with fingers of both hands spreading just below his face and a vibrant expression, spouting ... oh ... especially his half-sarcastic, half-silly, high-pitched laughter "ha-ha!"

End of the Road

Count down 3 days to Infected Mushroom's concert in Madison.
Erez and Amit I'm cominggggggggggggggg!
I think this time someone is going with me. :D

P.S. I see how much Infected Mushroom love food. Shawarma is a Middle Eastern sandwich warp. 沙威瑪, right? XD
Posted by Rita C at 2:37 AM 8 comments:

"Where did you get those?" I asked. My entomology professor said, "Willy Street Co-op."
I'm so excited to open them.

Best thing about my new room: two desks, one for laptop and studying, the other for books and insect specimens. I don't have to kneel on the floor to work on specimens anymore. :)))

Email ThisBlogThis!Share to TwitterShare to FacebookShare to Pinterest
Labels: living off campus

Thanks my previous roommate Yuli, who invited me to her friends' to have a heart-warming Thanksgiving feast.

When I was at my roommate's friends', I mentioned Pet Shop Boys and one of the girls asked me to play some of their songs. When "You Only Tell Me You Love Me When You're Drunk" was playing, she said it sounds almost like a woman singing and reminds her of Enya.

While I was eating dinner today, I played Pet Shop Boys in my new apartment. My new roommate expressed her liking for Paninaro '95. I said PSB is a British duo. "Are they a man and a woman?" she asked. I said they're both male. "Then who is that girl singing?!" she said surprisedly, referring to the chorus, "Paninaro, Paninaro, oh-oo-oh" sung by Neil Tennant.

Is Neil Tennant's voice that feminine? LOL
I love his voice no matter how you'd like to describe it. Also his lyrics, and his sentimental, mild-mannered, sometimes sarcastic tone of singing/rapping.

It's Thanksgiving. Most residents in Madison have gone home. Most stores are closed and few people are on the street.

It's a short break. I don't know how much I can accomplish before school starts, but I'm sure I'll get enough sleep. I feel so sleepy today that I slept in the late afternoon. All of the noisy neighbors are gone. So quiet! So good!

Tomorrow will be my moving day to another apartment.
Posted by Rita C at 11:19 PM No comments:

Email ThisBlogThis!Share to TwitterShare to FacebookShare to Pinterest
Labels: chitchat, living off campus

Not An Teenager Anymore

My 18th birthday: spent alone in Singapore as a delegate of MUN
19th birthday: gave a little performance in Bradley and spent the day alone
20th birthday: with my good friends in Madison!

What could I ask for more? It's the biggest birthday celebration in my life so far!

Prof. Y, "This is a Tenebrionid. It has horns. Here the horns are not referring to the antennae, as long-horned beetles, but the extension of the pronotum. This is a male, as in most biological cases, males are the hornier ones."

Prof. Y, "Some weevils are so hard-bodied that they were eaten by toads and passed through the whole digestive track and came out at the other end alive."

The Paintings of Music

Oh those wonderful synesthesia-inducing artworks!
Can you hear them?

Funfte Dimension, one of my fav songs by Peter Schilling.


He also wrote an English version of it: the same melody with completely different lyrics! (a two-in-one song) As moving and great as the German version!

Email ThisBlogThis!Share to TwitterShare to FacebookShare to Pinterest
Labels: journals in Chinese, living off campus, the food I cook

I had a terribly busy weekend. There're still more to do than those are done.

I'll say the happiest thing this weekend is that I received a fan art from my sister: a cute colored drawing of my OC DMT. :D

Thank you, Catrina. Now the drawing is my desktop. <3

It made me want to make another drawing of DMT. So that's what I'm doing, at least trying, now.
Posted by Rita C at 1:20 AM 3 comments:

The comic needs a name, but no idea right now. *faints*

下回小麥要出場了呢！OMG
Posted by Rita C at 7:44 PM No comments:

Cover of The Long and Winding Road by Kevin Rowland, the singer-songwriter and frontman of Dexy's Midnight Runners.


This song is found in his solo cover album, My Beauty.
Even though he didn't write the songs, he tried to adopt his own style and depict his painful experience of fighting with drug addiction through them.

I didn't listen to the whole album, but Allmusic review says that this album is not good, gives it a somewhat low rate, and says his version of The Long and Winding Road is laughable. Why? I didn't find anything funny.

Also, the reviewer said he doesn't look good in drag on the album cover. Hey ... it's random and disturbing but very brave. (Well, the video of Concrete and Clay IS disturbing, but good song. XD)

Kevin went to some festivals in drag and was pelted with bottles. Ahh, those people were mean to him!

Video of Concrete and Clay for whoever wants to facepalm:

Email ThisBlogThis!Share to TwitterShare to FacebookShare to Pinterest
Labels: chitchat, journals in Chinese

Cicadellidae is the family name for leafhoppers. 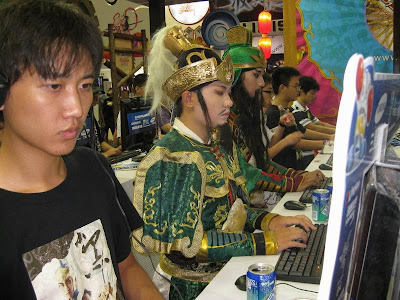 Email ThisBlogThis!Share to TwitterShare to FacebookShare to Pinterest
Labels: journals in Chinese, random stuff from somewhere else

What are they doing in the middle of the road? Fighting?
And there're so many people taking pictures. XD 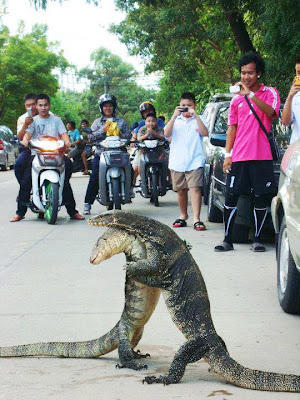 Email ThisBlogThis!Share to TwitterShare to FacebookShare to Pinterest
Labels: random stuff from somewhere else

At the Football Game

So, I went to the first football game in my life with some new acquaintances.
It wasn't a very comfortable place to be, because all the fans were too excited to sit down, so everyone had to stand for hours. Also it was cold.
I was still happy to see our school team kept scoring and won and big victory versus Purdue.

What surprised me was not the excited crowd or the game itself, but the non-written rules (traditions) the audience should follow at specific moments, such as take out keys and shake them, shout out swear words, or jump around with music at some points.

The people who invited me to the game.
Posted by Rita C at 4:16 PM 3 comments:

Email ThisBlogThis!Share to TwitterShare to FacebookShare to Pinterest
Labels: journals in Chinese, the food I cook

We are going through those plant hormones in biology class so I think it'll be fun if I draw them. Plus, it's "sort of" requested by my botany professor when I told him I'm personifying some molecules.

Biology + chemistry is awwesoooomme!! I'd love to have them as characters even without any story. Here's the sketch of how they might look. What do you think?

My art history professor was trying to explain how surrealist artists produce the sense of uncanny by making familiar things seem strange and unfamiliar.

Prof. MC, "One of my favorite things to do is to look at myself in the mirror. Hehehe. The more you look, the stranger and more alien the familiar face becomes. Believe me, just give yourself a minute. I give myself a minute every hour."

LOL I can't tell if Prof. MC was being philosophic and psychoanalytic or just plain narcissistic.

Shared by My Chem Prof.

What does this remind you of?

WTH Did I Just Watch?

The Warden of Superjail is so cute.
Oops, did I say something wrong? XD