In the late night I was doodling, and sketched Serotonin and Melatonin almost out of desperation, to give an idea of what they might look like. The sisters, one neurotransmitter and one hormone, are both important for humans, especially in the sleep and biorhythem cycle. They are probably the nicest Tryptamines ever. lol 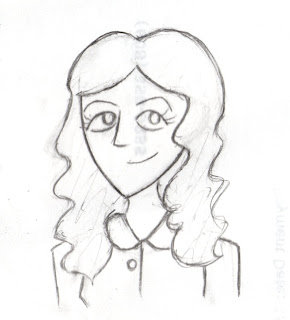 She is the reason why a lot of other Tryptamines are psychedelic. It kind of means our brain can't distinguish Sera from her first cousin DMT ... and others. That's funny. LOL 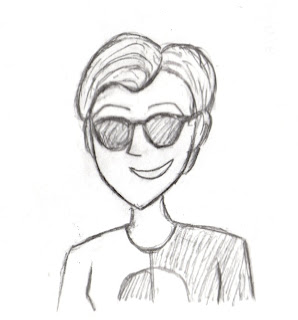 Melatonin always wears sunglasses, to prevent sunlight shines directly into her eyes when she has to look up at the sun but she actually doesn't like sunlight. This is the very first time I attempted to draw Mel, by the way.

The clothes of Serotonin and Melatonin are still sort of undecided.  Serotonin's hair is of a medium color, while Melatonin's is a bit darker.
Posted by Rita C at 10:45 AM