http://www.okcupid.com/tests/the-3-variable-sexuality-spectrum-test
Got it from my sister's Tumblr. (Not meant for serious XD)
Seriously, I smelled Kinsey.

I didn't know my asexuality is lower than the average ... (It means more sexual than average, uh, I guess it means think about and want sex more ...) And I never dated, so yea.

Most queer people probably say they don't like to be pigeonholed. But I do!

P. S. If I answered "no" to "have you been attracted to someone of the opposite gender", I'd lie. But, how would you categorize slashers? 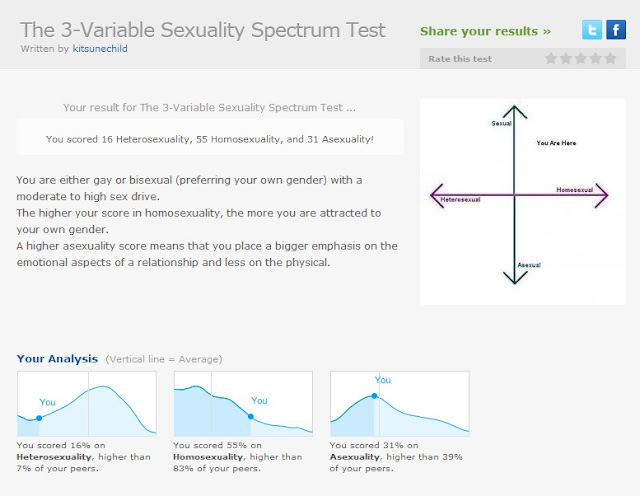