Catrina and I were trying to recall what Speed Amphetamine (who is amphetamine itself) looks like. Hmm, so far like that. Catrina suggested that he should be a mod. That'll be excellent! lol I want to make this guy look cooler. 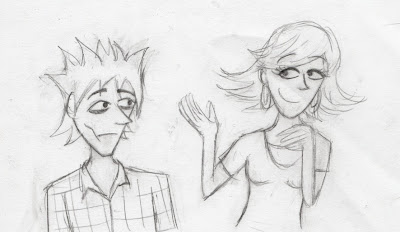 MDMA: Introduce to you ... my brother Speed! He's awesome! 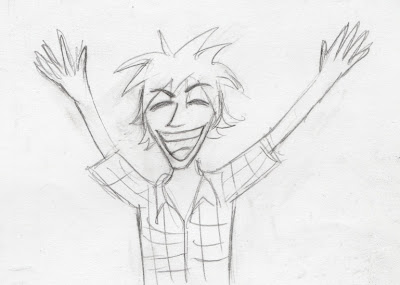 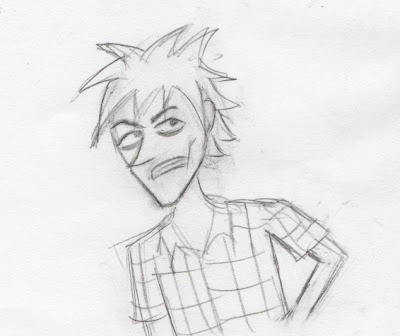 Speed the mod and LSD the hippie hate each other from the start. LSD really has got some nerves to seduce his arch-rival's little sister, although it's not entirely his fault. *facepalm* 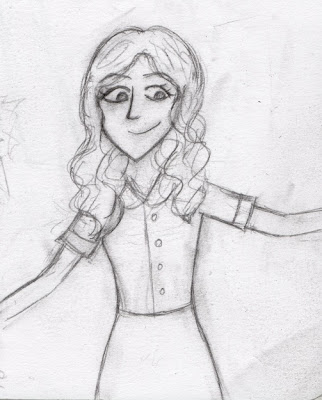 Another sketch of Serotonin Tryptamine, who is welcoming people who fall asleep to the world of dreams and peacefulness. I just made a few random sketches. Too bad Bufotenin still doesn't have clothes.

Sometimes stress can make you hard to fall asleep even when you're exhausted, or make you easy to have nightmares. I probably really need Serotonin now ...

Unfortunately I still don't have time to upload my photos and write my travel journals. If I don't go to sleep now, I'll have no time at all to sleep.
Posted by Rita C at 3:26 AM