I don't remember in which exact year I visited Penghu, but I saw a creature on the ground near salty water that freaked the hell out of me. The worm was slender and long, soft-bodied, had numerous legs, and most weirdly it was light blue. I thought it was absolutely disgusting.

I tried to tell my parents, but I was young and couldn't find words to describe that monster. Kept it in mind until high school, I determined that it must some kind of annelid when taking AP Biology. Last week, Prof. Y told me it could be a polychaete.

Terrestrial examples of annelids would be earthworms and leeches. Polychaetes are mostly marine. My guess would be the poor polychaete I saw was captured by the fisherman's net and thrown on the ground afterwards.

Polychaeta is a whole phylum, so the creatures are pretty diverse.
Some pictures of polycheates from the Internet: 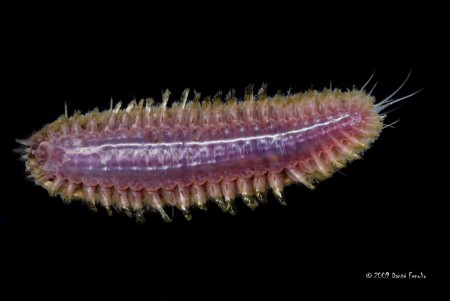